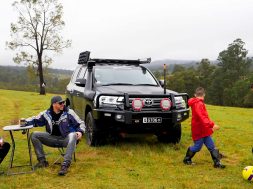 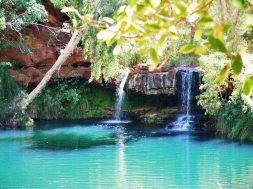 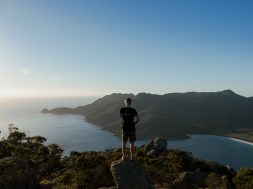 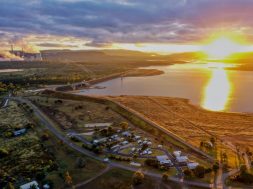 We hit Landcruiser Mountain Park for a weekend without wifi in the wet and take a look at some tricked up ARB vehicles. We talk to Mark Lacey, owner of Springwood and Cooper plains ARB Store and former desert racer, Mark is fastidious about everything he does. Getting plenty of opportunities to test out big 4X4 Vehicles and all the latest and greatest aftermarket 4WD accessories, Mark has gone one step further and given these vehicles personalities.

Naming the vehicles started out as an easy way to differentiate between all the different types of vehicles in the shop. As ARB continued with the naming of their vehicles they found that customers were able to connect with the vehicles and became quite passionate about them. Since the beginning, it has now become a bit of a novelty. Once you’ve committed to a build, there are three things you need to do. 1. Pick the colour. 2. Get a slimline numberplate. And 3. Give it a name.

You can check out and take a look at Mr Gray, Harry, The beast and others down at the Coopers Plains ARB Store. If you’re interested in one of these builds, you can head to the ARB Coopers Plains Store & talk to one of the sales managers to view their exterior, interiors and all their extra features.

If you’re lost on what to name your build, some ideas include pets names, nicknames, animals, or if you’re feeling particularly cheeky, an ex-girlfriend.

We head out on the LandCruiser National Park tracks. After a bit of rain, we take guidance from one of the ARB team members and park regularly as we move through the park grounds. At slippery slopes, we make or way though some hairy tracks and a few deeper than normal creek crossings to test the trucks 4WD capacities.

If you do plan on heading out to Landcruiser park during the wet season, it’s important to know what you’re doing. Take your time looking at the tracks and any areas that might be difficult, as 4WDriving can get pretty serious out here.

If you’re interested in the look of any of the trucks we’ve mentioned in our video, you can head to the ARB store in Coopers Plains. For more information on aftermarket 4WD accessories and what’s available, take a look at the ARB website. All aftermarket accessories can also be found at the Coopers Plains ARB store.

To learn more about Landcruiser National Park, head to our 4X4XMORE Tagalong Tour article to learn where it is & how to get there. For other 4x4 stories, check out our trip to the Scenic Rim. 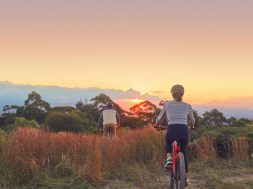