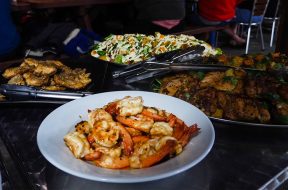 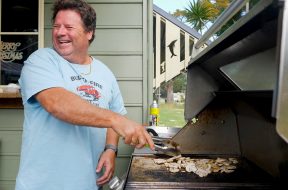 September 27, 2019 Dean Miller - Campr
0
Ever dreamt of living on an island? How good would it be to live here? Just off the coast of Queensland is the island of Moreton. Known for its steep sand dunes and beaches, the dive site on the Broadwater features coral and tropical fish surrounding a group of sunken ships called the Tangalooma Wrecks. [...]
Read more 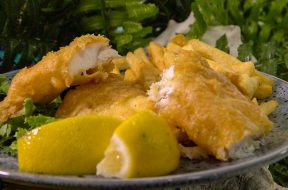 July 7, 2019 Dean Miller - Campr
0
The Northern Territory is home to some of the best fishing in the world so it’s no surprise that Darwin locals like Rachael Ciesiolka, affectionately known as The Seafood Queen, is passionate not only about promoting it, but cooking it and selling it.   . Rachael’s Seafood Shack Rachael’s Seafood Shack sells fresh locally caught, [...]
Read more 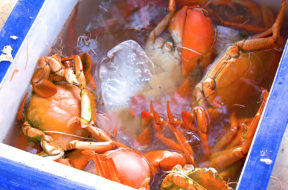 How To Cook A Crab In 5 Simple Steps

December 8, 2017 Dean Miller - Campr
0
There’s an old saying “never send a boy to do a man’s job”, so if you’re serious about cooking crabs then follow this method. Boiling up a batch of crabs can give off a bit of an odour so make sure you’ve got some space. Definitely a job for the backyard and not the kitchen. [...]
Read more