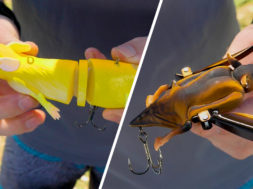 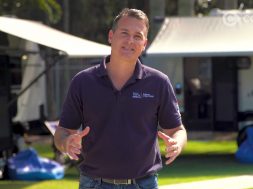 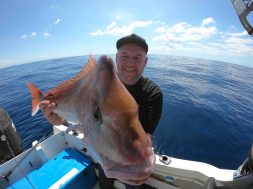 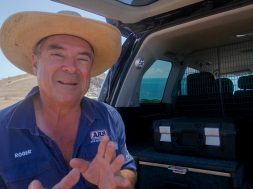 Sammy gives us the rundown on the latest editions to the Savage Gear Surface Lure line. These hyper-realistic 3D lures come in various species; bats, rats, and even ducks just to name a few, and you’ll definitely be surprised with the outcome!

Designed by a team of worldwide anglers, these lures aim to seek out only the biggest and toughest fish. This predator fishing brand even makes baits and clothing for its customers, along with line and other fishing tools. With a design brief based around uniqueness and aggression, you’ll surely find something the fish will snap up in a heartbeat.

These rats come in two different sizes. The smaller one is 20cm, whilst the 30cm is the larger lure. The imitation of these guys is very real and so radical they called it the “Rad”. Fooling even the most vary predator fish these lures will insure any fisherman brutal attacks.

With an ultra-strong ABS body, nylon mesh joints and soft ears, feet and tail, you can attach the lure by the lip. The rat produces a swimming motion that provides a rolling S-curve action.

The large-sized lure can be fished through weedy and snaggy areas which are best used with a stinger and treble hooked on the back. The soft limbs set a new standard for the rat imitation lure as the tail is reinforced with a braided core which clips to the body by a smart clip design for changing them easily.

The Suicide duck is an award-winner for lures, coming in bright yellow and natural colours, the natural pattern matches the subtle colours mallards adopt for camouflage in the summer. The Duck is the perfect lure for catching pike, bass, musky, as well as big catfish.

The semi-soft feet at the back of the lure are durable and spin 360 around the rear. These spinning feet give the lure a lively movement leaving a trail of bubbles behind it. To give the illusion of a baby duck swimming, you can attach the fishing line to the lower tying point making the lure sit higher out of the water. Otherwise, the second tying point is at the beak, creating a slower discrete posture.

These bat lures come in a number of colours including grey, brown and albino. For customers interested in explosive topwater lure fishing, then the award-winning Savage Gear 3D bat lure is for you. The 3D bat is one of the latest creations designed by lure addict Mads Grosell.

Adapting the same realistic trends as the suicide duck and the 3D rad, the bat captures the body profile and facial features of a real-life bat in minute detail. The 3D bat crawls across the water’s surface to imitate what a bat trying to swim ashore would actually look like. The flapping of the wings makes an awesome wake and Bubble trail, as well as a high pitched built-in rattle.

With another hard impact-resistant ABS body, the wings are made out of metal, whilst the Japanese Y trebles are super sharp. Combined, these features are meant to withstand the most brutal attacks.

You’ve got your set of lures, now you need a solid reel to go with them.