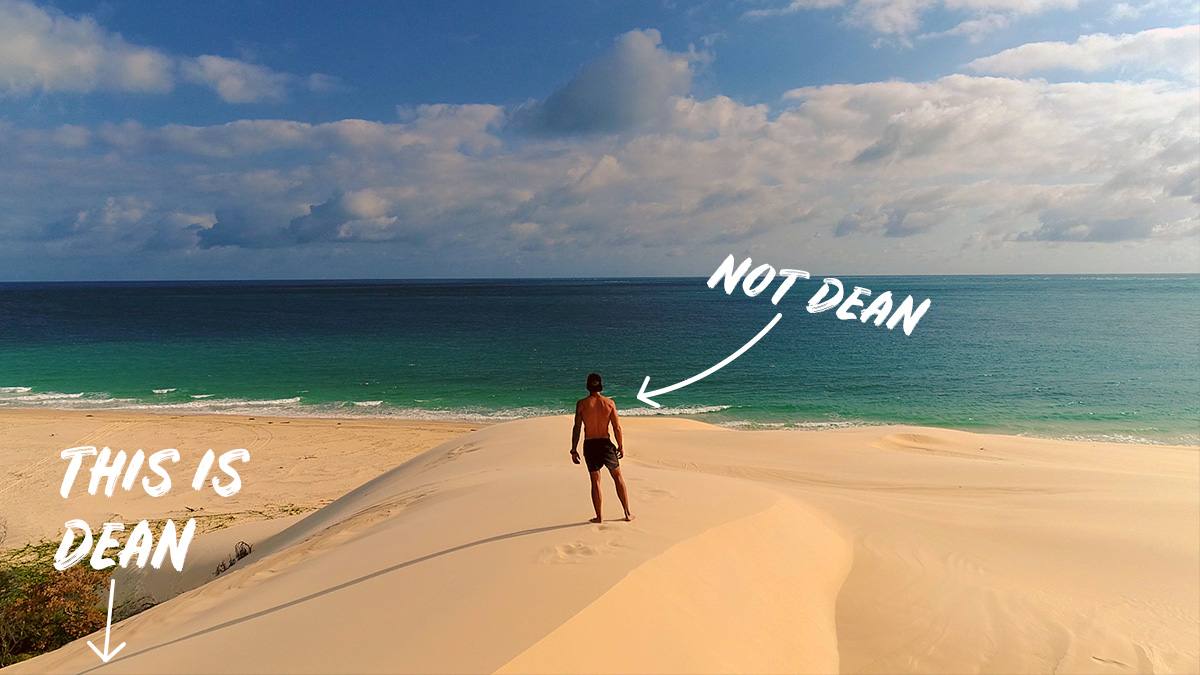 I’VE BEEN DOING FRASER ISLAND, SANDY CAPE FOR 20 YEARS. HERE’S WHAT I CAN TELL YOU…

People always want to know where to go camping on Fraser Island if you just want a beach, a tent, and practically no one else around. That’s really the holy grail for 4WDers. After all, getting away from it is why so many of us love our fourbies. Thankfully, it’s not an impossible task. Because there are still some really special, unspoilt places where you can be like Robinson Crusoe. One of the best is Sandy Cape, Fraser Island.

Fraser is a real jewel, as far as I’m concerned. It’s the kind of place you can take the family or your partner (to upmarket or relaxed resorts, campgrounds and beach houses). There are bushwalks, freshwater lakes, the famous Champagne Pools, wildlife tours, great fishing and, at last count, 45 separate campsites.

But it’s also the kind of place serious 4WDers need to put on their bucket lists. Because Fraser Island Sandy Cape is a place that remains accessible only to the committed camper. It’s at the furthermost tip of Fraser (the world’s largest sand island, btw) and is about a 5-hour drive from Kingfisher Bay Resort. And to get there you have to cross Nkgala Rocks, a place that gets the better of many novices.

So, after notching up roughly a dozen-or-more trips to Sandy Cape, I’d like to share a bit of my hard-earned insider knowledge. Follow these tips to help make sure you get the best out of your adventure (and to make sure you don’t fall foul of the challenges, quirks and regulations of this beautiful place).

1. Get yourself the right permits

For Sandy Cape camping you’ll need a couple of permits.

You’ll be in the Eastern Beach zone 9 and you must purchase your permit from the Environment and Science website before you set up camp. You can book up to six months ahead. Don’t expect to buy one off a QPWS ranger when you get there. And don’t even think about trying to avoid the fee for the permit. You will be found. You will be fined!

Only 4WDs are allowed on Fraser. (Yep, it is heaven on earth!) Again, line up your permit from the Department of Environment and Science site. And a word for the wise – a permit isn’t an optional extra. You must have yours with you at all times (or cop the fine and be told ‘it’s time to leave the island’).

2. Get your gear out

You wanted self-sufficiency, you got it. There are no toilets, BBQs, campfires or other amenities when you’re Sandy Cape camping, Fraser Island style. So, pack the fourby with the works, and don’t forget the dunny paper! You’ll need:

3. The fourby and the off-road drive

Like I said, 4WDs and permits only. The drive usually cuts across the island and up the beach, but there is the challenge of Ngkala Rocks to tackle as well. You will need to have a reasonable amount of sand-driving experience to attempt this one though. Newbies shouldn’t even try. Ngkala Rocks is the halfway point between Sandy Cape and the Champagne Rockpools.

Time and tides are important

First, make sure you’re making the run-up or back down the beach at low tide. I seriously can’t stress this enough after the total wipeouts I’ve seen over the years. And something important to factor into your travel plans is that low tide on the western side of the island is two hours after the eastern side – a real trap for young players travelling around Fraser Island!

Ngkala can be a super tough crossing and our camera crew has been stuck there before. Not fun.  So, my first pearl of wisdom would be to make sure your vehicle can make it through before you even try it. Check with a 4WD expert like ARB to see if you need any modifications. Once you’re sure you’re safe, it’s your tyre pressure and the momentum going through Nkgala Rocks that will be the key. And always take a snatch strap, just in case.

You’re in a national park. You really must stick to the designated vehicle tracks. Anyway, I know terrible stories of people who have come a-cropper when they tried to go off-track. It’s not pretty. It’s also not safe for the wildlife or the environment. And it’s one of those situations where we need to respect the rules and the traditional owners – protect it for others.

There are certain rules and plain old camping etiquette to follow when you’re at Sandy Cape, Fraser Island. It’s such a special place. Nobody wants to be the goose who spoils it for others. Here’s what the Ranger and fellow campers have told me over the years:

Don’t roll out your swag at the lighthouse

It’s not a designated camping area, so go back a little inland to find your perfect spot. There are literally thousands of them. I promise you’ll find a beauty.

“How’s the Serenity?” That’s what we all want to say. So, keep your site as compact as possible. And really, don’t set up on top of someone else. That’s just not cool.

It’s illegal. But it’s also dangerous. Fires get out of control here really quickly. Just bring a stove and…

Have a bucket of water at the ready

Roughly once a year, someone starts a bushfire from a cooker. If you’ve got a bucket of water to quickly douse the flames, it’s over and done within a flash. And no animals will be harmed in the making of your meal.

Dingos are top of the food chain on Fraser Island and they have become more bold over time. That’s because, dingos now associate people with food and so have been known to attack people – especially kids. So, just don’t feed them or leave your food out or unlocked at your camp. And if one confronts you, don’t panic! Stand tall, fold your arms, and never turn your back. The worst thing you can do is turn and run. They’re faster than you.

Be prepared for the Ranger

You may feel like there’s no one around. There will be. Expect a visit from the ranger sometime during your stay. He or she will want to see your permit displayed clearly at your campsite, and make sure you have a vehicle permit. And if you’ve lit an open fire, you’ll be out of pocket and, most likely, on the next barge home.

The Campr team’s adventures on Fraser Island, Sandy Cape have always been really awesome. Before you go, check out what you’re in for on our Fraser Island video and info page…